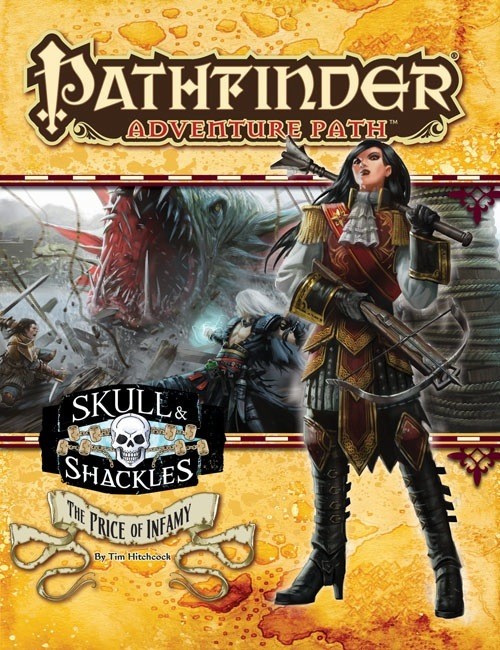 Pathfinder: The Price of Infamy (Skull & Shackles 5 of 6)

Direct beschikbaar
Op werkdagen voor 16:00 besteld is morgen in huis.
Productinformatie "Pathfinder: The Price of Infamy (Skull & Shackles 5 of 6)"
The adventurers now have their own island and port, but they’ll need more than one ship to defend it. When a past rival sends a fleet to attack them, they’re forced to pull out all the stops to defend their island home, scouring the harbors and docks of the Shackles in order to recruit more ships and crews to their flag. Yet when they sail to the attacker’s own island to get their revenge, the adventurers discover a traitor—one whose betrayal threatens not only their own fleet, but the very islands of the Shackles themselves.