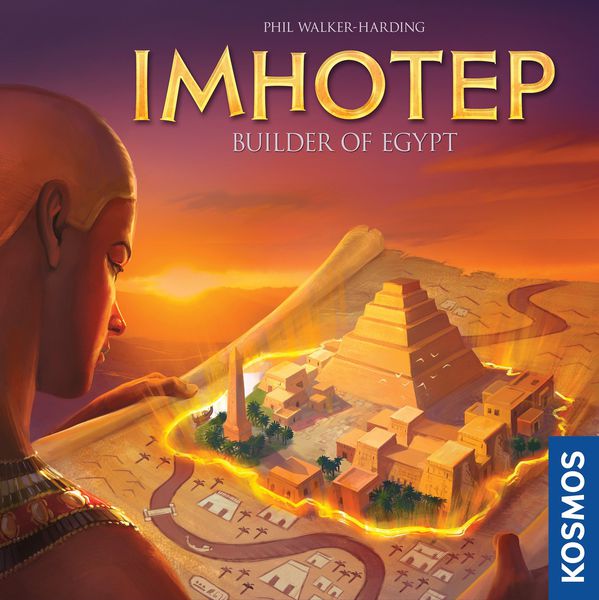 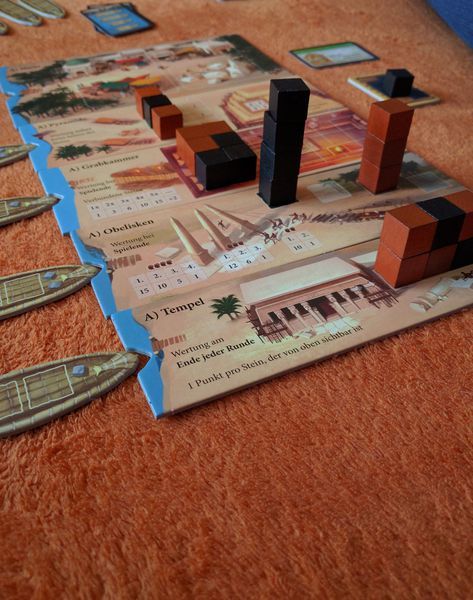 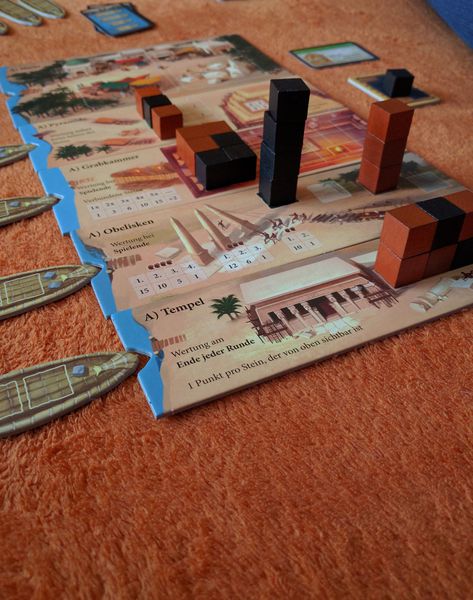 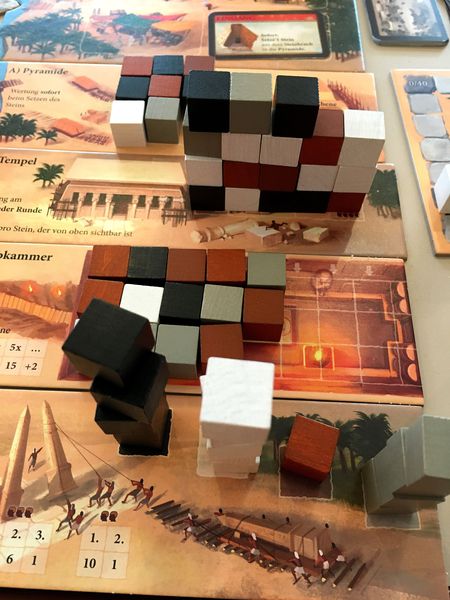 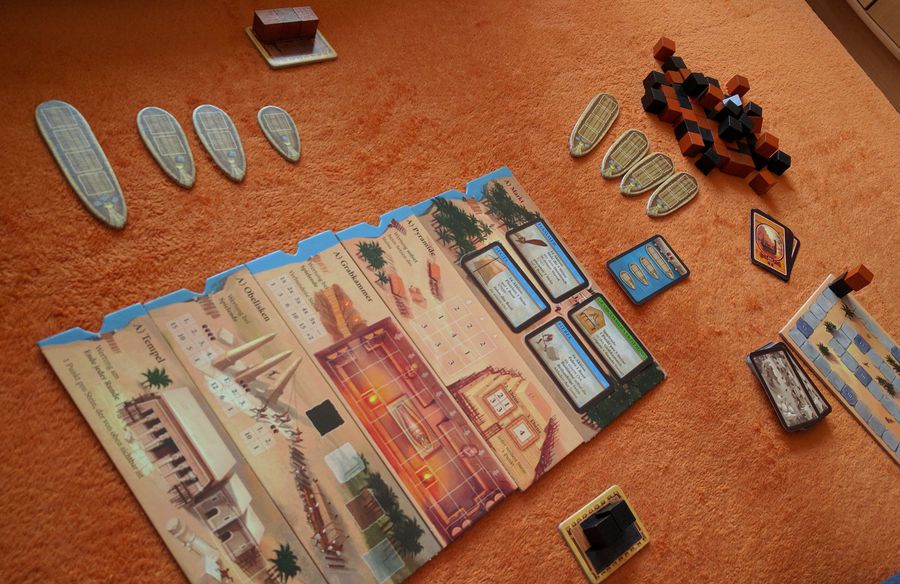 Tijdelijk niet in voorraad
Verwachte levering op: .
Productinformatie "Imhotep - English - Bordspel"
In Imhotep, the players become builders in Egypt who want to emulate the first and best-known architect there, namely Imhotep. Over six rounds, they move wooden stones by boat to create five seminal monuments, and on a turn, a player chooses one of four actions: Procure new stones, load stones on a boat, bring a boat to a monument, or play an action card. While this sounds easy, naturally the other players constantly thwart your building plans by carrying out plans of their own. Only those with the best timing — and the stones to back up their plans — will prove to be Egypt's best builder.