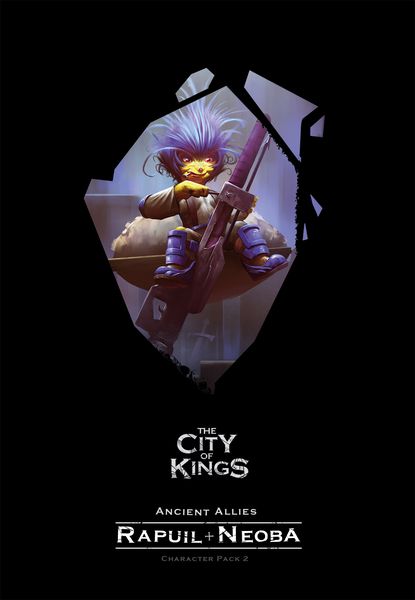 The City of Games

Tijdelijk niet in voorraad
Verwachte levering op: .
Productinformatie "The City of Kings Character Pack 2 Rapuil and Neob"
Thud! “I told you it was this way,” bickers the siblings as they step out – the first Tinkers to reach the City of Kings! Rapuil and Neoba Olembe arrive at The City of Kings and join our heroes as playable characters. Rapuil and Neoba both feature advanced skills and are designed for experienced players who are looking for unique ways to play the game. In addition to the normal 12 skills, both characters have a special skill that unlocks as soon as you receive your first stat disc. New Stories The pack also comes with 3 new stories which can be played alongside the existing 7, meaning you can play them alongside or after the core story line. Each of these stories starts you with several skill discs, allowing you to craft a unique role for your character before the story begins, and they feature large 6*4 maps, new challenges, and easier to access linen!

The City of Games