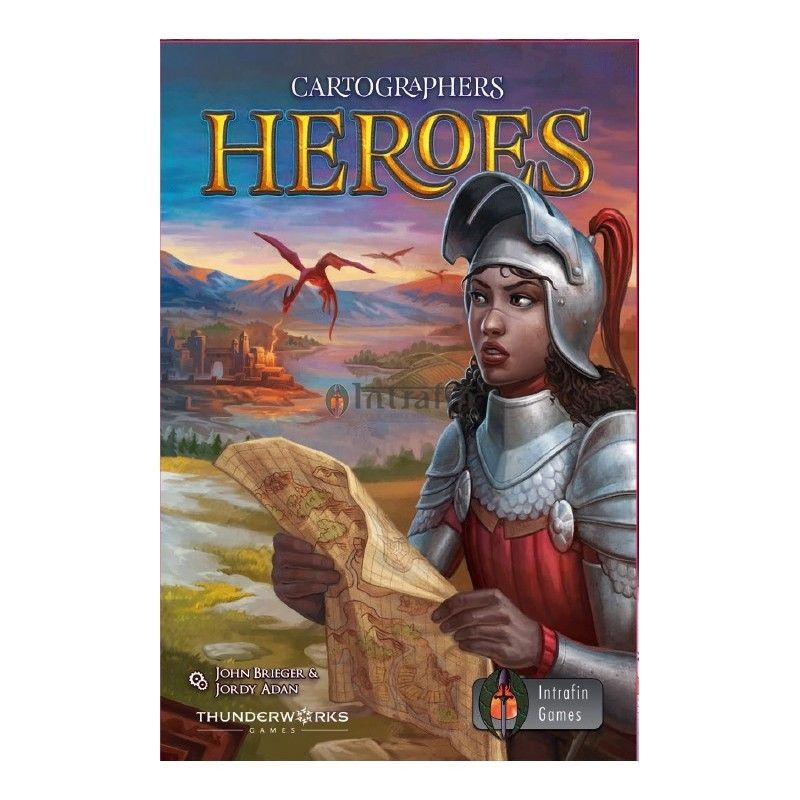 The expedition to the Western Lands is the kind of honor that comes once in a lifetime for a royal cartographer. But these are dangerous times. War ravages the land, and you are sure to encounter Dragul forces determined to thwart Queen Gimnax’s plans for western expansion. Fortunately, brave heroes have risen to the defense of Nalos. Chart their deeds alongside the queen's edicts and secure your place in history. Cartographers Heroes is the sequel to the critically acclaimed map-drawing game Cartographers. It includes all-new map sheets, scoring cards, explore cards, and ambush cards with unique abilities. Cartographers Heroes can be played on its own or mixed with components from the original game for a greater variety of gameplay possibilities.